The moon comes out from behind the fog
Radiant and alluring
She has so much to say
And yet she remains
Quiet,
Secretive
Perhaps musing where the ocean tide will take her next
High cheekbones
Charm in a smile that makes the coyote howl
I have dreams of her
And they always end badly
But the reality is much more satisfying
For in my waking state
I know it is better to stand back
Meditatively
And admire her glow. 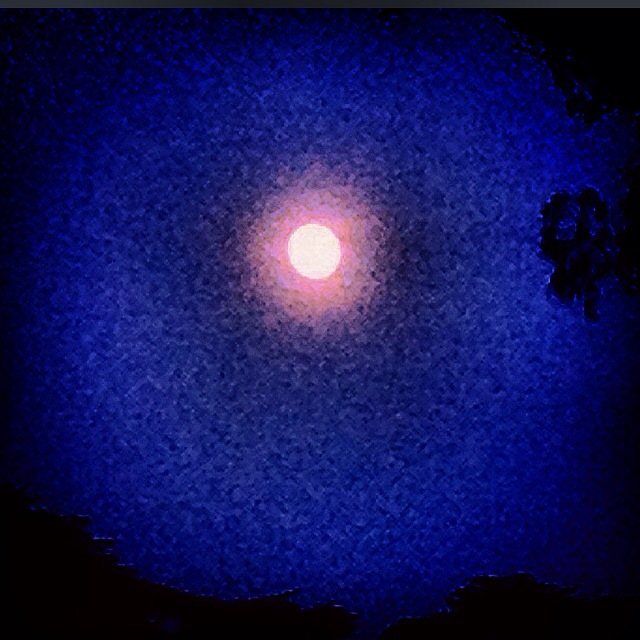 The sun has just set on America
I watched it
from the furthest point west
that I could bike to
in San Francisco.

Today, another black man’s killer
has been set free
with no criminal charges
commended for his actions
by the fraternal order of police.
There’s an energy in the air
that’s full of empathy
for all the oppressed people
like Eric Garner or Michael Brown or Trayvon Martin or Tamir Rice or Oscar Grant or Rodney King
(or the long list of young people of color
who have died at the hands of police
during the 27 years I have been alive
that just goes on and on and on)
and lose their lives
for no reason
in this supposedly democratic society.

Tonight, the streets of Oakland
will be filled with protestors
who set fires, smash the banks, and take the highways.
This is a generation
that has grown up
during a silent revolution
that can’t remain quiet any longer.

The people cry,
“No justice, no peace.”
And they ask,
“Why are we still having to fight against this?
“Don’t people understand black lives matter?”
Their parents ask, “Yeah, what about the 60s?”
But Haight Street is quiet tonight
Its history of civil disobedience
and cultural creativity
has been replaced by retail stores
and overpriced rent fees.
Instead the protests
will be on the streets
of the disenfranchised
the desolate
the starving
the noble underbelly
that just can’t take it any longer.

The police feign fear
They are trained to be scared of the people
that they “serve and protect”
the people of color
the people that are “different”
scared of college students and working men and women
of fathers, husbands, wives, and mothers
of sons and daughters, brothers and sisters.
They are conditioned to believe that every person secretly carries a gun
when in fact the only people
who control the weapons
are the police themselves.

The protestors, they ask for accountability
for the same law to be held for every citizen
They want these hired brutes
to recognize
their abuses of power
will be taken no longer
The people have had enough
It’s time for change
Take the guns out of the pigs’ hands
teach them how to use their words instead
These “keepers of the peace”
need to learn to de-escalate a situation
and not be so trigger happy
If any one of them steps over the line
Fire them,
lock them up,
at the very least
they’ve committed manslaughter
and they should stand a fair trial
like anyone else would in this land

Our civilization relies on the courts
upkeeping the laws we all live by
Until these demands of fairness are met,
there will continue to be unrest on the streets.
End the drug war!
End police brutality!
End the war on the people you’re supposed to serve!

I Watched the Sun Set on America

Today, I discovered “an anomaly” in the Mission District of San Francisco. I was biking around and I saw a large billboard on a building advertising a bookstore featuring a large selection of rare Latin literature located on the top floor of the building. My curiosity got the best of me and I followed the printed signs into the first floor which resembled a strip mall. Up the stairs and I entered a corridor that resembled an office building with each door given a different suite number. I followed signs for a book store called Valhalla. But they featured rare books by 19th century western authors. I was told unless I was buying, I couldn’t look at the books. So up another flight of stairs and I entered an open door. The book clerk there told me I was in a stock room, which was off limits to customers. He told me the bookstores were further down the hall. I went back into the hallway and entered the first door on my left that was slightly ajar. Inside there were hundreds of shelves with thousands of books each with handwritten labels taped to their plastic covers.

A middle-aged man with long wispy blonde hair sitting behind a desk with piles and piles of uncategorized books on its surface asked, “What’s your poison?”.
“What?”
And he said again, “What can I help you with? What’s your poison?”
I replied, “Oh. I was interested in some Latin literature.”
He laughed and told me, “You want Libros Latinos, this is Bolerium Books. But yeah, go down the hall and it’s the last door on the right.”
“Okay. Thanks. But what types of books do you carry?”
“We feature books of a more political narrative. Like criticism, theory, activism, Marxism. Books with movement,” he told me. “We have some Chicano literature if that interests you.”
“I was thinking more something along the lines of magical realism.”
“Yeah, Libros Latinos will have what you want.”
“Thank you. I do need to ask though. What caused all these different bookstores to be in this giant office building?”
He laughed again and answered very simply, “Dementia.”
I laughed too and thought maybe this was something like the book warehouse called Bookspace in Philadelphia that sells their books on eBay, “Do you mostly sell your books online?”
“Yeah, I guess you could say that. You’re looking at the new model for book services. We use various networks on the internet to exchange our literature.”
“Like eBay and Amazon?”
“No,” he scowled a bit. “We don’t use eBay. We have a group of very interested parties. Specific collectors and buyers.”
I thanked him for his time and exited heading down the hall for Libros Latinos. I passed several other suites each with bookstores on the way. Some were open. Some were closed. There were newspaper articles hung on the walls about different Bay Area publishers and happenings and fliers for readings from a long time ago. There was that musty smell you find in old pages that haven’t been turned in a while. There were “free” piles spilling out into the walkway. And yet all this existed under the fluorescent light typical to a doctor’s office.
Finally, after passing ten or so doors, I found the door labeled Libros Latinos. It was slightly ajar so I pushed it open and entered. There were 20 or so bookshelves and an empty desk at the entrance. At first I thought the bookstore was empty and there was no clerk at all, but then I heard a cough. I noticed at the very far end of the room there was a young thirty something book clerk sitting at a desk covered in old typewritten manuscripts. Though of Hispanic ethnicity, the clerk and the scene made me think of Melville’s Bartleby the Scrivener. He stood and smiled and I walked towards him.
“Is there anything I can help you find?”
“I was interested in maybe seeing some magical realist literature,” I answered.
“Ah, well. We only have a very small section of fiction or poetry. We mostly carry nonfiction. But I can show you what we have.”
He directed me to a single shelf labeled “Mexican Poetry”.
I looked at it and back at him, “Do you sell most of your books online too?”
“Sort of. Mostly we sell directly to libraries and other collections,” he said.
I wanted to tell him I felt like I had wandered into a Borges novel, but I said, “It’s very interesting to find this place with all of these bookstores catering to such specific interests.”
“Yes, you’ve definitely discovered an anomaly. Not many people come up here, actually. It’s usually very quiet.”

I sat down to look through the small pile of handbound books of Mexican prose and the clerk returned to his desk. Some of the books lacked a normal cover and were published as chapbooks. There was one book by Octavio Paz. But no Marquez. No Neruda. No Bolano. Instead there were many writers whose names I didn’t recognize. I selected a handbound book titled “Poesia Erotica” and paid the $8 for it. It seemed to be a journal from the 70s that was probably now no longer distributed. Though I couldn’t read its Spanish I knew I had found something quite distinct.
The experience itself was bizarre. I found a warehouse full of bookstores. Not just a warehouse of books, but a warehouse of fully defined bookstores each with their specific genre of interest and similar styled bookstore clerks donning the attitude and air of the books they watch over. Their clientele ranged from libraries to collectors from around the world, though they received very little foot traffic if any during the day. But the main thing, is there are office buildings in the Mission District that have been turned into facilities that store entire bookstores. These pieces of history are ready to be explored by anyone who just follows the signs. 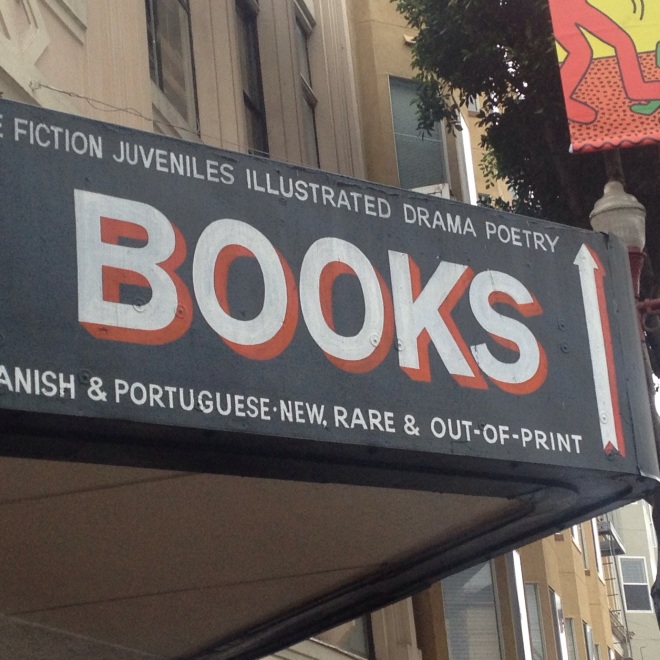