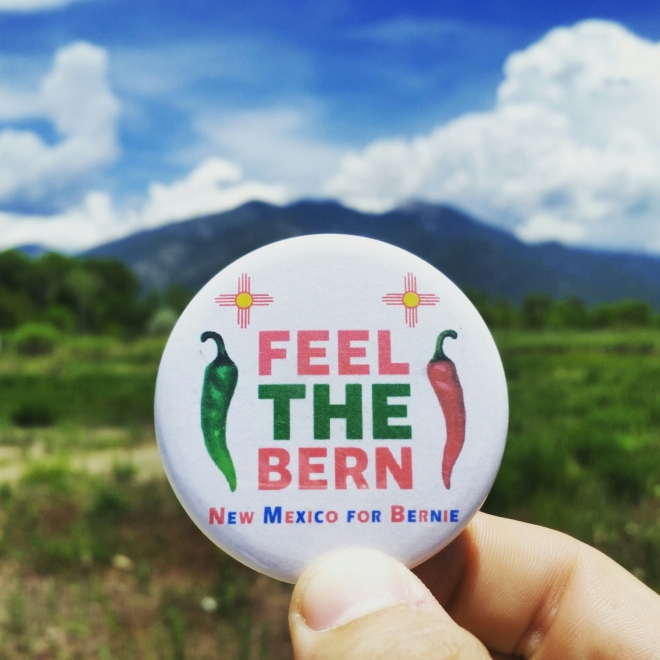 Get out and vote!
Tomorrow, June 7 is an extremely important day for our country and for the world around us. California, New Jersey, and New Mexico all have their primaries (as well SD, ND, and MT). Voters have a chance to change the course of our country’s history.

Please friends, go out and vote! Even if you’re like me and have a complete distrust of our “democracy”, this is about the best chance we got to save the world, beyond getting in the streets and protesting every single damn tragedy our capitalist regime has created in it’s 200+ years on this planet.

On every level the man has been on the right side of history and demonstrated integrity in staying true to his core values. To my friends, he is the better candidate and I believe we can all agree that the world will be a better place with him as president. To my parents and fellow members of an older generation, who have already been let down before by party politics, don’t vote for yourselves…..vote for the next generation and their future. This is the world we have inherited. Let’s work together to make it a better one.

Bernie Sanders is the only candidate carrying a message of Love so strong and connecting so many diverse folks together that it will trump Hate. The polls show this. The rallies show this. His message shows this.

We all need this to happen. I don’t believe the political revolution ends with Bernie Sanders. I believe it starts with us. 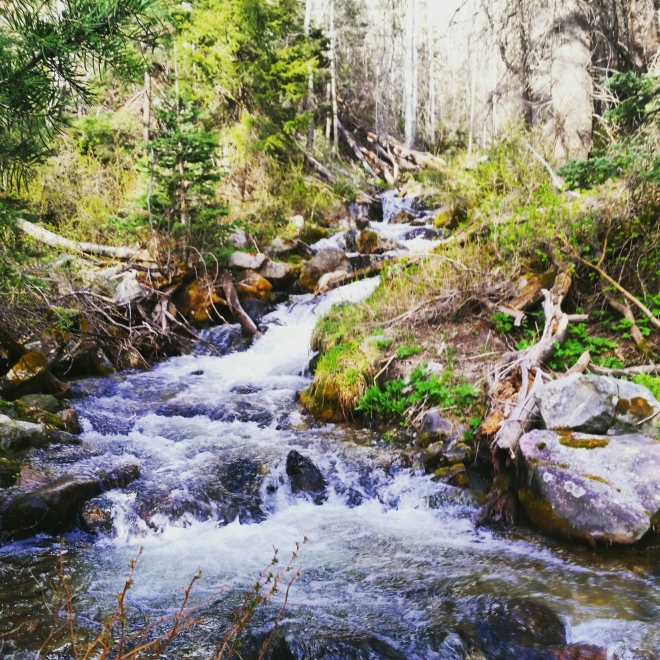 (written while staying in Taos, NM)

Met a poet the other day named John Mason. A real hip cat of a fella. As a poet, still living life as much a student as a teacher. Too young to be a proper beatnik, but spent enough time with that generation. Reciting rhymes. Stories of the road. Lost sweet hearts in New Orleans. Run ins with Nixon. A real mind blower if I ever met one.

He told me this vision of a Beat convention at Naropa in Boulder, Colorado. Circa 1980? Ginsberg, Snyder, Burroughs. All present. Maybe even Jan Kerouac. I swear she wrote about it in her second novel.

John Mason bet his buddy with a bus ticket he could beat him there by hitch hiking. Both traveling from Detroit, Michigan. A real rambler in a time before cell phones. He lost the bet, but only by 4 hours.
First thing he does after arriving in town is ask an organizer about the open mics. Organizer says, “Sorry John. We ain’t thought about that.”

So John goes to city hall, rounds up a bunch of open air venues and bookstores. Comes back and hands a list to the organizer and says, “You got 500 or more poets coming in from all across the world. That’s a whole bunch of folks who should be reading. Here’s a complete list of your open readings and shared microphones for the next three days.”

A real wrangler. Ended up sharing the stage with Bill Burroughs before the convention was over. Got drunk at a party with Harold Norse. Really became a part of the scene.

Then he tells me this other story in lyric form. Recites it from the top of his head as if it were sitting on the page in front of him. A real epic if I ever heard one. Stole the cadence from Rudyard Kipling. Story starts with a taste of a 4 way window pane before setting out on the road. Thumbs a ride somewhere near Chicago and gets picked up by a normal looking guy and his wife. Before him, the road animated like a crystalized quartz jewel opening wide.

The driver seems wise to his plight. Strikes up a conversation about civil disobedience, riots, and the holy NOW. John Mason didn’t hesitate a moment, jumping right into this philosophical diatribe. The holy NOW is what really caught him most and my retelling won’t do it justice. You’ll have to talk to John Mason yourself for any sort of clarity, because see, it ends up this driver and his wife are somewhat scholars of sufi-mystics. They’d practiced the Tao and read up on Zen. So with all John Mason’s spirit leaning towards hippy activism, they had a response for him that seemed to intuit doing nothing.

But here’s where the argument changes. There is a moment of clairvoyance. Before you know it the driver’s tossing out a new mantra that a whole generation could get behind.
And this is the real mindblower. Both for John and for me in his retelling.

The driver, he says, “John, don’t go with the flow, man. The only thing I ever saw go with the flow was a dead fish floating down the river.” He says. “See, John. You gotta learn to flow with the go, man. There ain’t no other way about it.”

And right there, John Mason’s mind on acid tips right into a new direction. And here I am in the 21st century, having the same reaction.

Don’t go with the flow, man.
The only thing that ever did that was a dead fish.
Instead you gotta flow with the go.
That’s the real way to find enlightenment.

Don’t Go With The Flow, Flow With The Go!