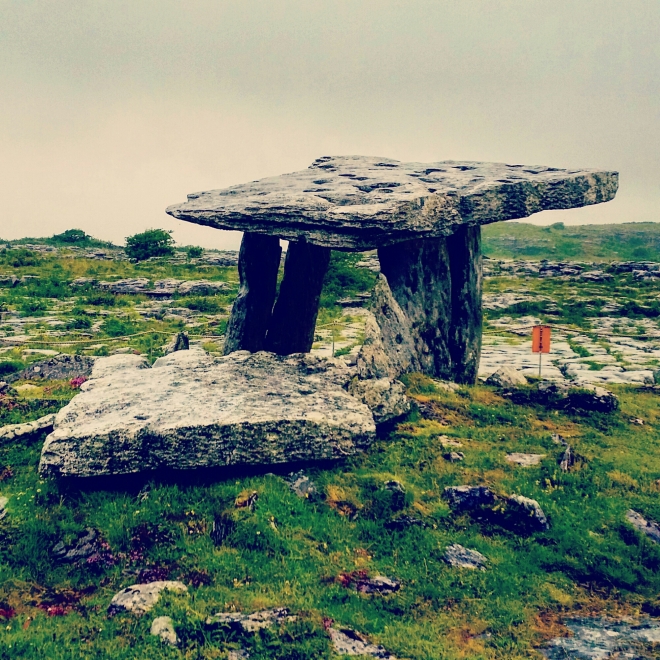 As I walk in the ruins of Vikings, Druids, Celts, and early Christians, my mind is in bits at how frequent this green land was attacked and often conquered. Yet all of this history still remains perfectly intact. A little worn by the weather, but otherwise mostly untouched.

It seems surreal that so many folks came after this emerald jewel in the sea. A country with no physical borders, no unfriendly neighbors except for the clans within. No real resources beyond rocks, potatoes, rain, and abundance of green grass. And far away from all the action going on back in Europe. It’s hard to see what the practical attraction must’ve been all the way back then.

And yet, there’s a special magic that floats free in the rolling green hills of Ireland. Maybe that’s what those ancient conquerors were after all along. A spell cast by the goddess or the kiss of some ancient fairy maiden. And the new that came and replaced the old, often carried with them even more radical superstitions than those that had preceded them.

We can thank this type of superstition for the preservation of ancient ring forts from 3000 or 5000 BC and the old Druid faerie rings teaming with the human sacrifices of prehistoric times and the early celtic burial mounds complete with the head stone still standing where a shaman once stood and conducted the sun to rise and even the thousand year old Celtic crosses and earlier Celtic grave markers spread all across the land with no special distinction, sometimes penned in with a farmer’s sheep, or other times left at the center of an expansive castle garden, or other times in a well-cared for grove of Willow trees just on the edge of town, or perhaps the whole town just laid out later to surround these ruins in an effort to leave them undisturbed. 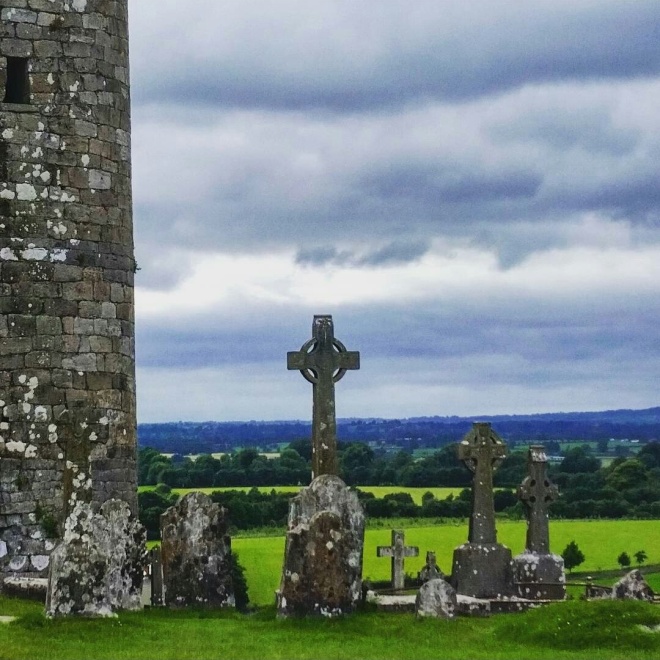 Even at the medieval cathedrals you’ll often find the ruins of the early Christian church that preceded it, and sometimes, you’ll even find a beehive monastery built by early Celtic monks that preceded that. All of them the most insane rock balances you’ve ever even imagined.
It’s interesting to think what the US would look like today if its first settlers had paid heed to a similar kind of special attention deserved by an indigineous burial ground or the ancient monuments and natural formations that must’ve dominated the landscape before we were there. If only those early invaders had actually paid attention to the curses cast by disruption suggested by the tribes who spent millenia cultivating these sacred places.

Instead of fearing faeries or a witch’s spell as the Irish often did, these first Puritans used whatever was in their capacity to bulldoze through history. The same has stayed true in the country as it has planned its cities and engaged in suburban development, for the better part of the last four centuries.

The US is a young country, as a result, and the idea of preservation there is less than a hundred years old. “Historical societies” have only started gaining a buzz in the last half century. Sure, we hold onto a bell that’s got a crack in it from 1812 and a yellowed piece of paper that supposedly signed our freedom from a little while longer, but otherwise for some reason we’ve decided it’s smarter to tear things down before building new ones. That lack of respect for time and growth ripples on down through the rest of our society.

I mean, what’s the oldest thing you’ve ever seen in the states? I’ve been to cave dwellings that were built sometime around 1000 AD. The only reason they’re still there is they’re in the middle of the desert and hard to get to. Meanwhile since they’ve become more accessible, folks started right away with the graffiti and defacement of a child with a crayon and a clean white wall.

I don’t understand the type of mind that would carve their name directly into a thousands year old petroglyph of a bear chased by a hunter, but I’ve seen it. Didn’t that idiot think about how by carving directly into an ancient image, their stupidity is on display for all to see for the rest of time, and with their name, no less! Thanks Mark of 1996.

I’ve been to the mountains and rivers and forests and plains that surround these sacred places and they face no greater a fate. Places that have taken eons to form are completely deforested and strip-mined for the sake of a quick “profit”. Things going to hell, thanks to the bastards in a matter of years long before I lived. All of these hills and mountains and southwestern deserts and temperate rain forests are scarred with a ghost town industry. 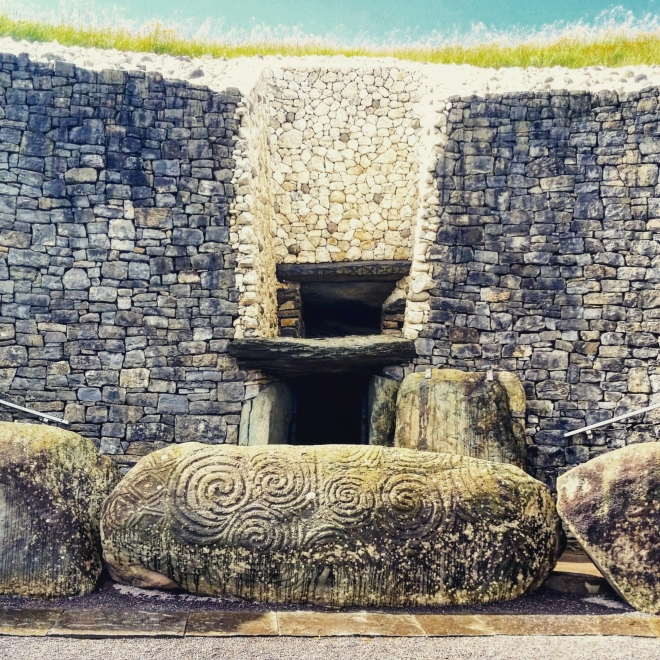 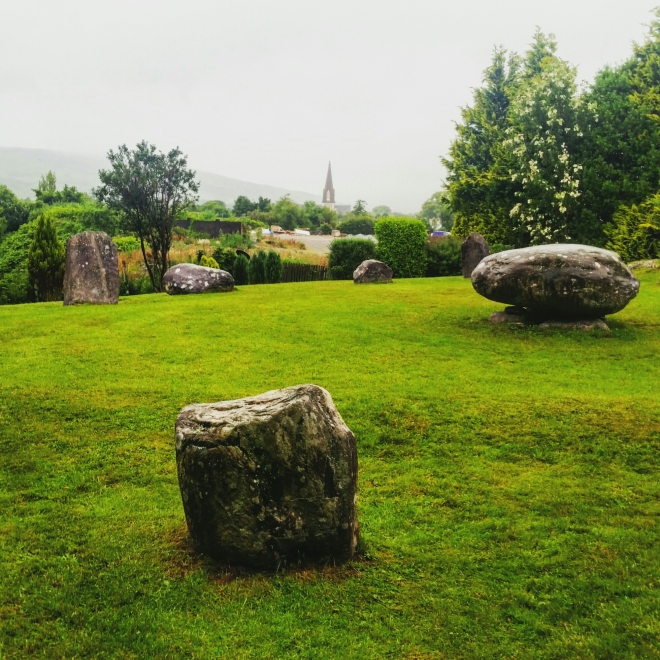 As soon as coal, oil, precious metals, or lumber is found, whatever corporation steps right in with no regard for the land or the people that have lived there almost as long as the land, leaving toxic sludge and other refuse in their wake. And what’s not taken by the corporate interests is nicked later by random visitors. Folks who like pretty stones or petrified wood or artifacts from prehistoric times. I can only guess how shortly lived a ring fort discovered in the suburbs of New Jersey would be. Folks would be showing up at all hours of the night removing each and every stone for their private collection.

All of this is clearly obvious to everyone, and yet it continues. A nation of useless waste and self involvement.

Based on this I wouldn’t say it’s a long shot, that we got the current political predicament. The current social strife. We’re a nation that can’t even keep track of what short history we have. We bulldoze right over it every time. Of course, it’s going to repeat itself. We don’t have anything concrete to use to teach our youth about which paths have already been tried and been proven not beneficial to anyone. Racism, financial collapse, and Donald Trump are still a thing because no one alive seems to remember the civil rights movement, the Great Depression, or World War 2. Most folks don’t even understand that we’re all immigrants there. They forget that we all sailed in on a boat not long ago.

The Celts and Native Americans were able to remember their entire origins to this day through an oral tradition and ritualization of their ancestors, and yet we can’t even remember that racists, bankers, and Nazis are not only bastards, but they were already defeated, only a few decades ago.

All of it is just really full of perspective out here in this land of revelry. 10,000 years or more of invaders and yet the things from then that have disappeared went away mostly on their own accord.
Rock does eventually erode. Wood disintegrates.

There’s a big difference there compared to a corporation bulldozing it all to make way for a parking lot or mini mall or a highway. Here in Ireland, they mostly just build around it or add to it. Or if it’s a ring fort they might just build a castle garden on top of it, where the rock circles become the foundation for flower beds.

The old Celts buried below must be rolling in their graves tickled with floral jubilee.

I’m not going to say it’s better here (though the grass IS greener). It’s still the Western world. There’s war. There’s poverty. There’s even a stronger Christian right wing here than in the US, successfully stripping away a woman’s right to choose. But shite, at least they have their roots.

The Ruins of Ireland