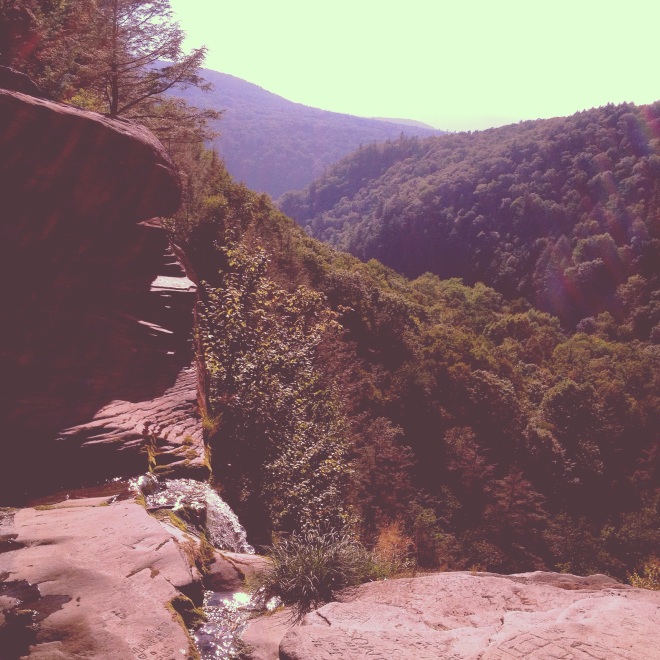 Finished reading Big Sur last night. How! Hoo! What a trip! Here speaks the perils of a psychedelic mind delving too deep off the mystic edge without the proper grounding, and by darn, way too much alcohol. Kerouac writing it at something like 37. Me reading it at something like 27. The super moon waxing high above in the night time air. Woo! What reflection! A healthy reminder to keep at least one foot on solid ground and not get too far out lost in dream. But instead stay mindful and relaxed and sometimes flow but sometimes stand your ground and always listen deeply to your heart, and when you get the fear, which should be something like almost every day if you’re a depressive like myself, just make sure you put aside some time to be with it sober and see where it comes from. It usually will come down to the basest of fears, which is the whole deathly fear, the fear of mortality, or some such other egocentric downfall like feeling unloveable or imperfect or not beautiful, the type of fear that takes a whole lifetime to get down with and there’s no rushing it in the meantime. It’s why it’s good to every now and then just get high up on a mountain and see all those pretty bright stars twinkling back at you reminding you you’re free and though you are tiny and small and there’s no chance you or even this planet will matter all that much when it comes right down to it, you very well have the power to craft the person you want to be and have positive effects on those around you in this life and whatever next follows.

Sure, there’s times to be a paranoiac and truly hate that we’ve all been put here, or just sit and feel the utter sadness of it all, what with all those emotions being healthy for your heart when it comes to having feeling at all, but geez louise it feels so good to love and be loved. And sure as hell, not blindly, but with all the lights turned on. If nothing else, you’ve always got yourself. And who loves you more than that inner muse that’s just waiting to be made love to more?

Happy summer friends. This zen lunatic, dream laborer, casual wanderer is looking forward to this Springing into Fall. Excited to see you all along the humble drive.

Over the last two weeks I’ve been rereading The Dharma Bums in preparation for my own western adventures. What really struck me, and I remember thinking this as a kid when I first read the book, is that Kerouac has two months of enlightenment while atop a mountain in northwestern Washington, and yet this is the shortest segment of the book (only ten pages long). The pages leading up to it actually feel like Kerouac is rushing to the end. Rushing to have his book finished and sent out to the publisher. But it’s more than that. The description of this enlightenment is mostly about the changes of weather and has a hard time making much sense to anyone because it’s written in an emotional internal non-narrative. It’s as if he has a hard time describing what he got up there, so he just starts describing everything at once: him singing to himself, the 60 sunsets he sees, the feeling of open air, storms passing by, trees shifting, the mice that live in the attic, etc.

I can relate this to my own experiences on top of mountains. After Vermont, I spent 6 months telling people about what I saw and what I felt before I finally was able to write it down. But even then I hit a very big snag. There are no words to truly describe the little death in all its glory. And even if the words can be found the memory moves further and further away from clarity as your current self rejoins society and the every day life away from your natural flow. It is like having two realities. In the one you understand anything and everything and for a moment all of it is still. In the other you are rushed around and really inconsequential things become so frustrating, the only reprieve is sometimes found in drink.

Oh Kerouac, you are my brother still. Together we are Zen Lunatics. Together we make tall tales out of the simple things other people overlook. And when we tell our stories, people look at us and tell us “Yes. Duh. Of course,” and refer us to a more “elevated”, pretentious source. But Kerouac, you and I are humble giants and we enjoy our childlike enthusiasm over dumb things others have explored.

Because this is life, isn’t it?
And life is full of joy!

Good news from a traveling writer. My first collection of short stories is now available for purchase online from Amazon. For everyone abroad who has inquired, you can now buy a copy from their partner site that does the printing here or on Amazon directly. Enjoy!