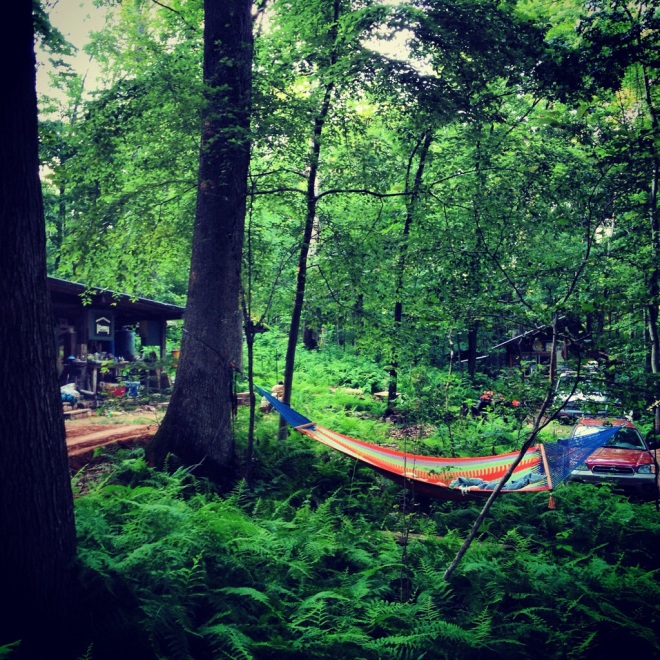 Took the train to Center City. Then bought a new pair of shoes to replace an old pair full of holes and covered in paint. Walked to Callowhill. Walked to Fairmount. Walked back to Northern Liberties. Walked up to Kensington. Walked in the daylight. Walked in the sun. Drank tea and walked further.

Saw the tired. Saw the homeless. Saw the crazed. Saw the 9 to 5ers and the unemployed. Saw people up all night and people just starting their day. Saw the soup kitchens. Saw the cafes. Saw the backyard barbecues. Saw the empty park benches. Saw the morning air fade. Felt my slanted nose with sudden pain and walked on further into the day.

I dreamt I was a simple man, walking in the woods. I imagined the skyscrapers to be giant mountains and the roadways little streams. Trees everywhere. People’s voices distant bird calls. And so much greenery. I thought what it would be like if every day I started with a walk, and instead of a city I had an endless wilderness to call all my own. I thought this and I continued my walk home.

City Life in the Summer